EARN UP TO 2.00 USD PER PRIVATE TORRENT TRACKER REVIEW ON SUCCESSFUL COMPLETION. TIME’S RUNNING OUT!

15X FREE SEEDBOXES POWERED BY RAPIDSEEDBOX.COM, NOW IS THE TIME TO GET YOUR FREE SEEDBOX! [ENTER TO WIN] 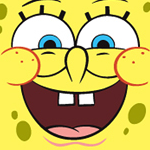 Facebook launches 'Save,' for all those things you didn't have time to read